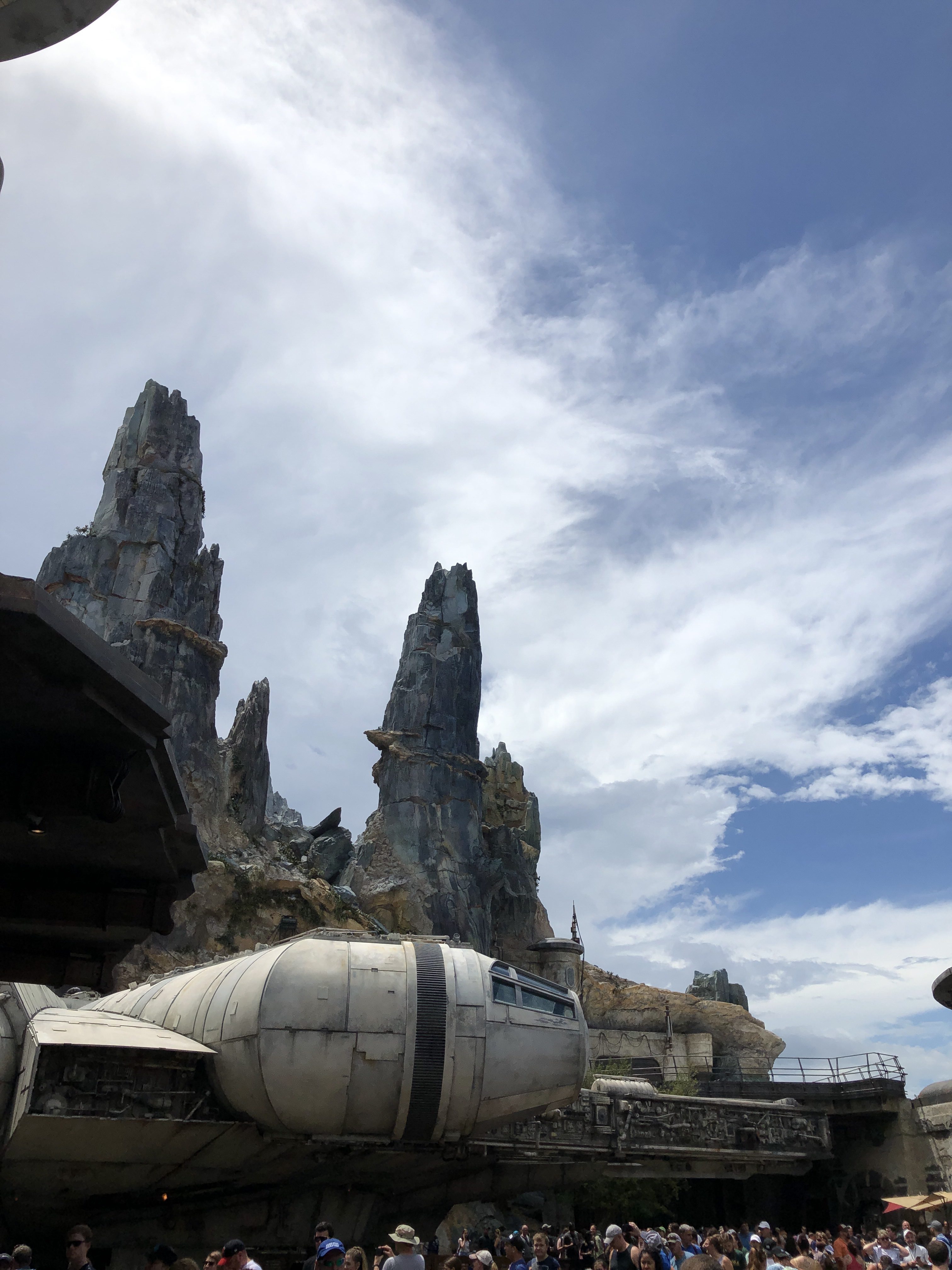 Holy Millenium Falcon. If you haven’t already booked you ticket to Orlando, Florida to come see this land, I hope you will consider booking a trip immediately to come and immerse yourself in this new land: StarWars: Galaxy’s Edge at Disney’s Hollywood Studios at Walt Disney World Resort. I was lucky enough to attned an early sneak peak with some bloggers at 5:30AM a few weeks ago and I really needed to process everything I saw!! Yes, it was dark when we arrived on Batuu (am I confusing you already or should I speak in Batuuese first?). I have done some crazy things for my blog and this is definitely one of the top things. But before I go into the details, let me do a little explaining of what this land actually is. 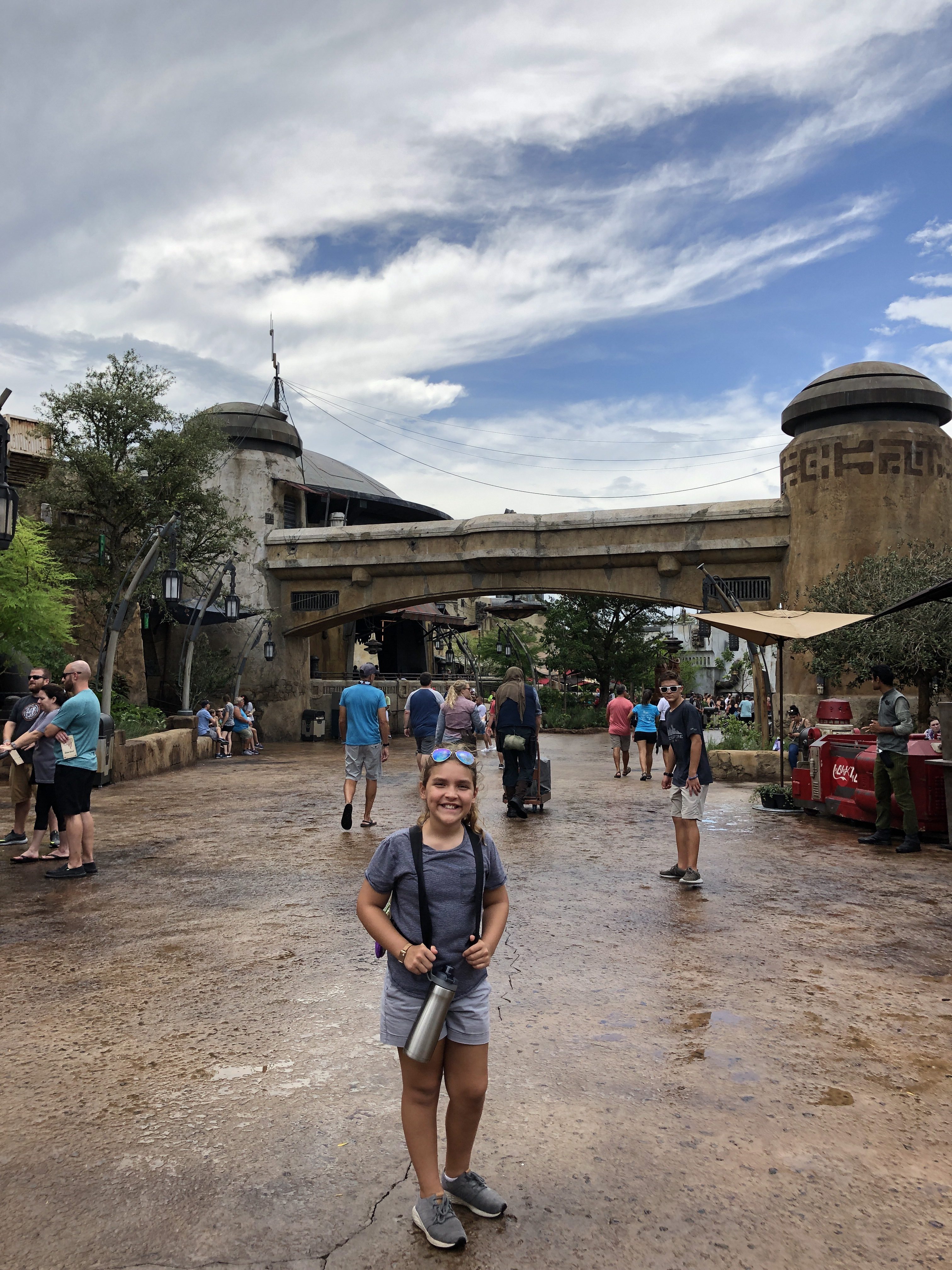 So what exactly is StarWars: Galaxy’s Edge? 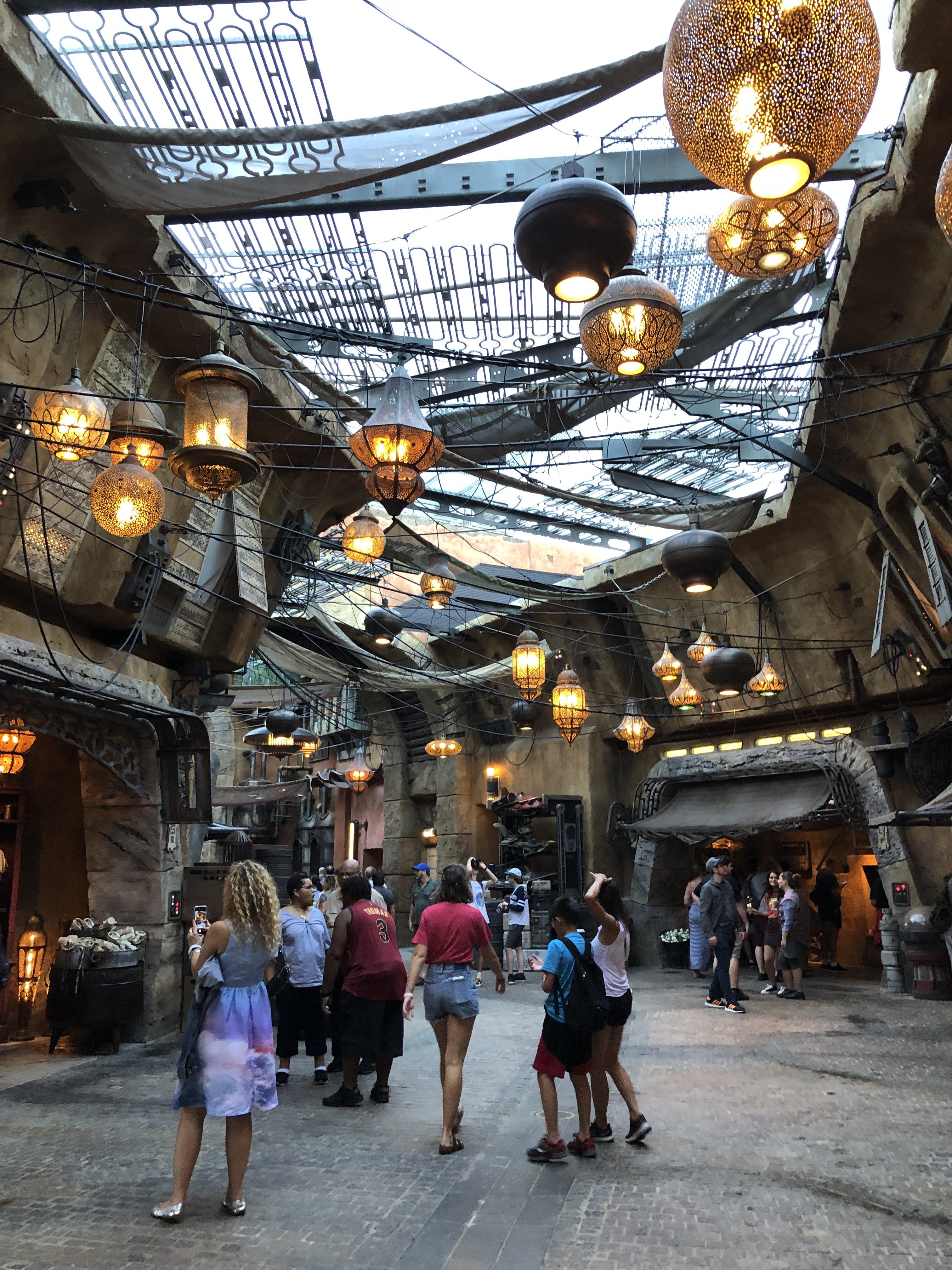 Well, if you’ve been living on Mars for the last month, then you’ll at least know it’s the new 14 acre land in Disney’s Hollywood Studios and also Disneyland. It’s immersive. Which basically when you are in the land, it’s like you are on another planet. Literally. You don’t see the giant Woody from neighbor land ToyStory Land or any icon that basically resembles anything on Earth! You are just there. And it’s like a movie set! I felt so transported! 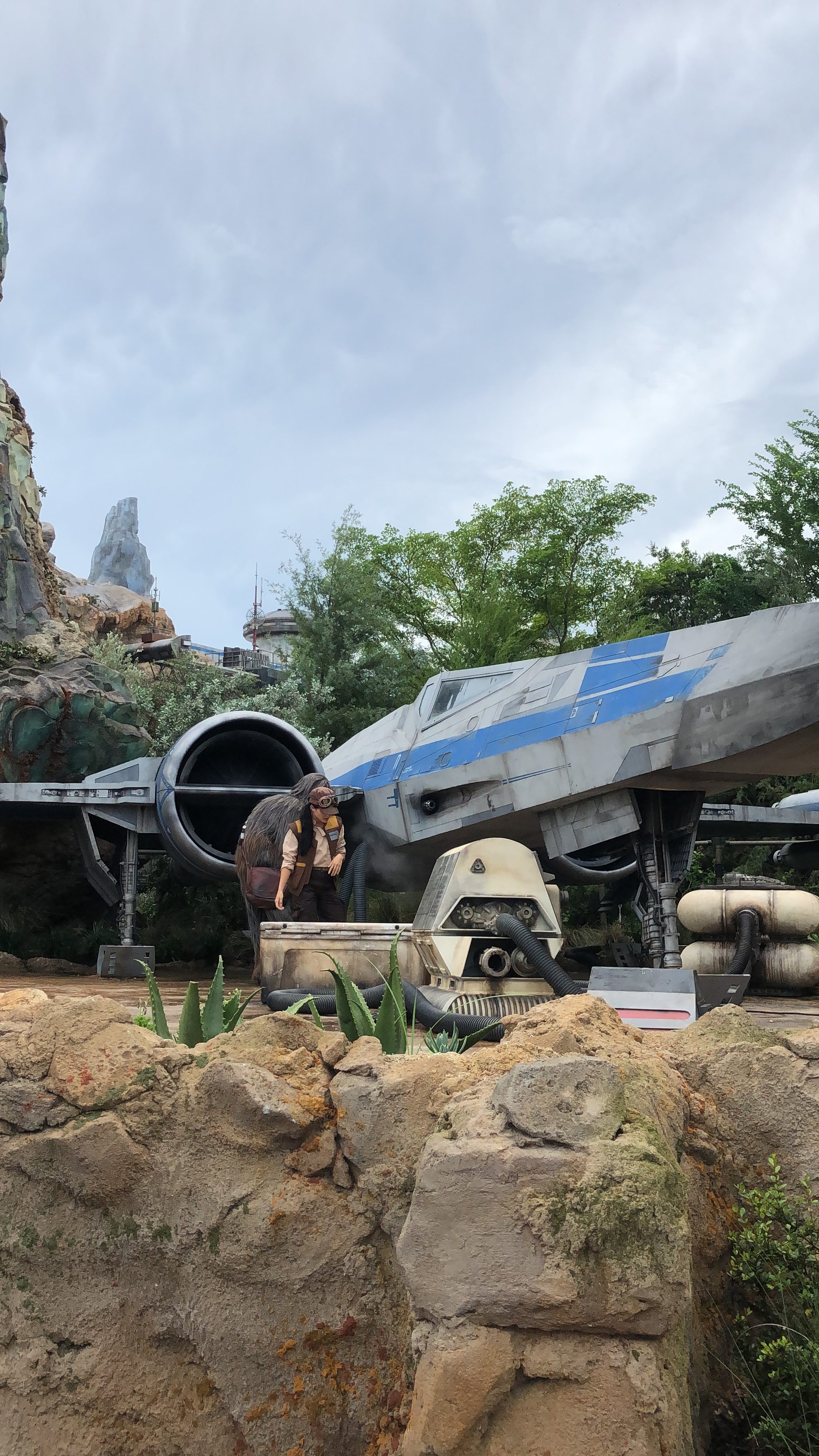 My family is obsessed with the movies… yes… all of them. My son is a super fan. And my girls have really fallen in love with the movies too, story and characters all go along with being a part of our family!

So what did I think! If we were talking candidly, this is exactly what I would say.

1. OMG! It’s so cool! You just feel like you are IN the movie. The Millennium Falcon is an actual full size replica of the ship they used in the movie.

2. You could totally go to this land and ride no rides, still actively participate in being a part of the story and have an amazing StarWars day. Learn Batuuese! Unlock things with your Disney PLAY app. There’s so much tonstill uncover! 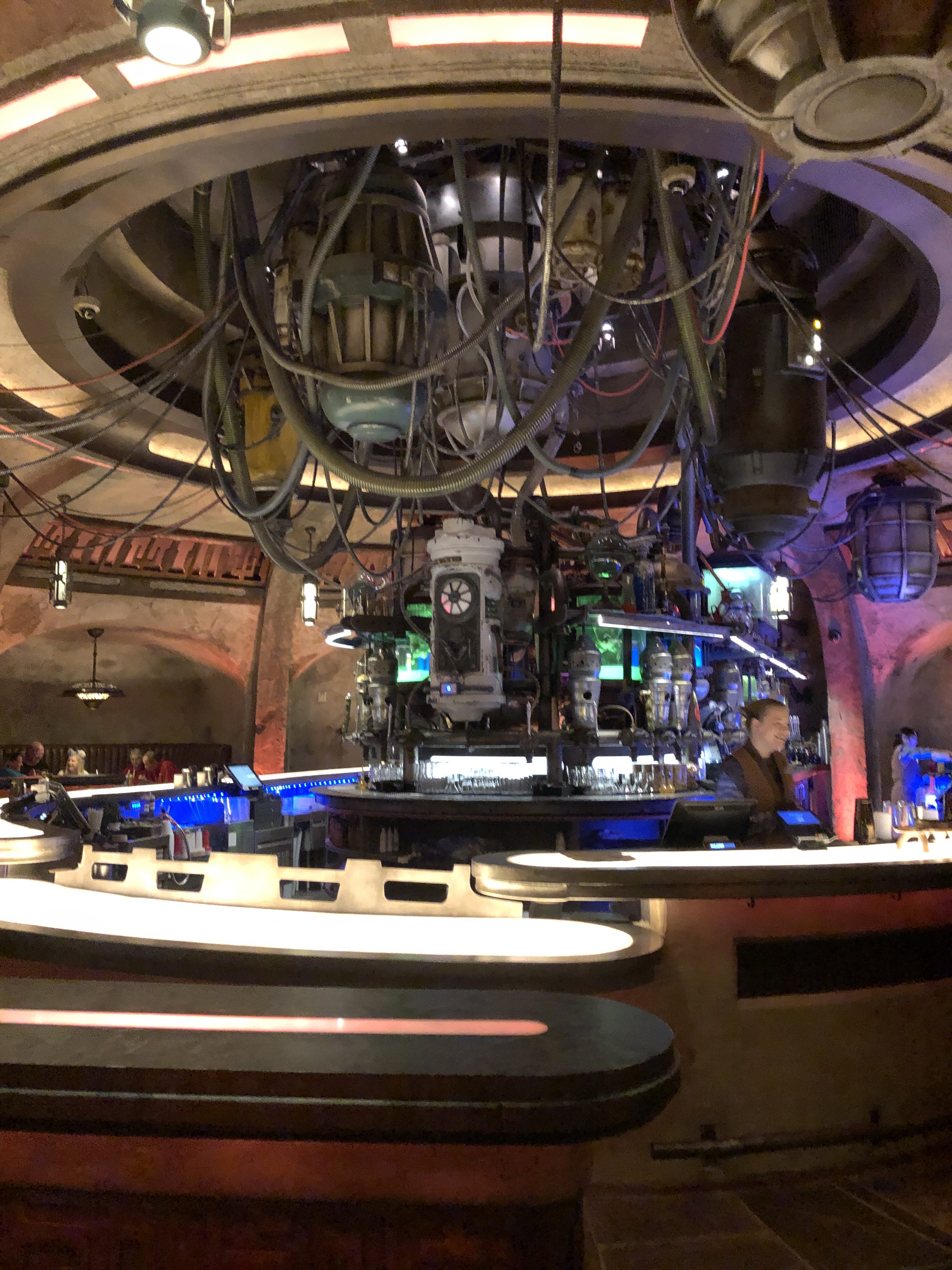 3. Make reservations for Oga’s Cantina via the app. You won’t be able to get in otherwise without waiting in a super long line. 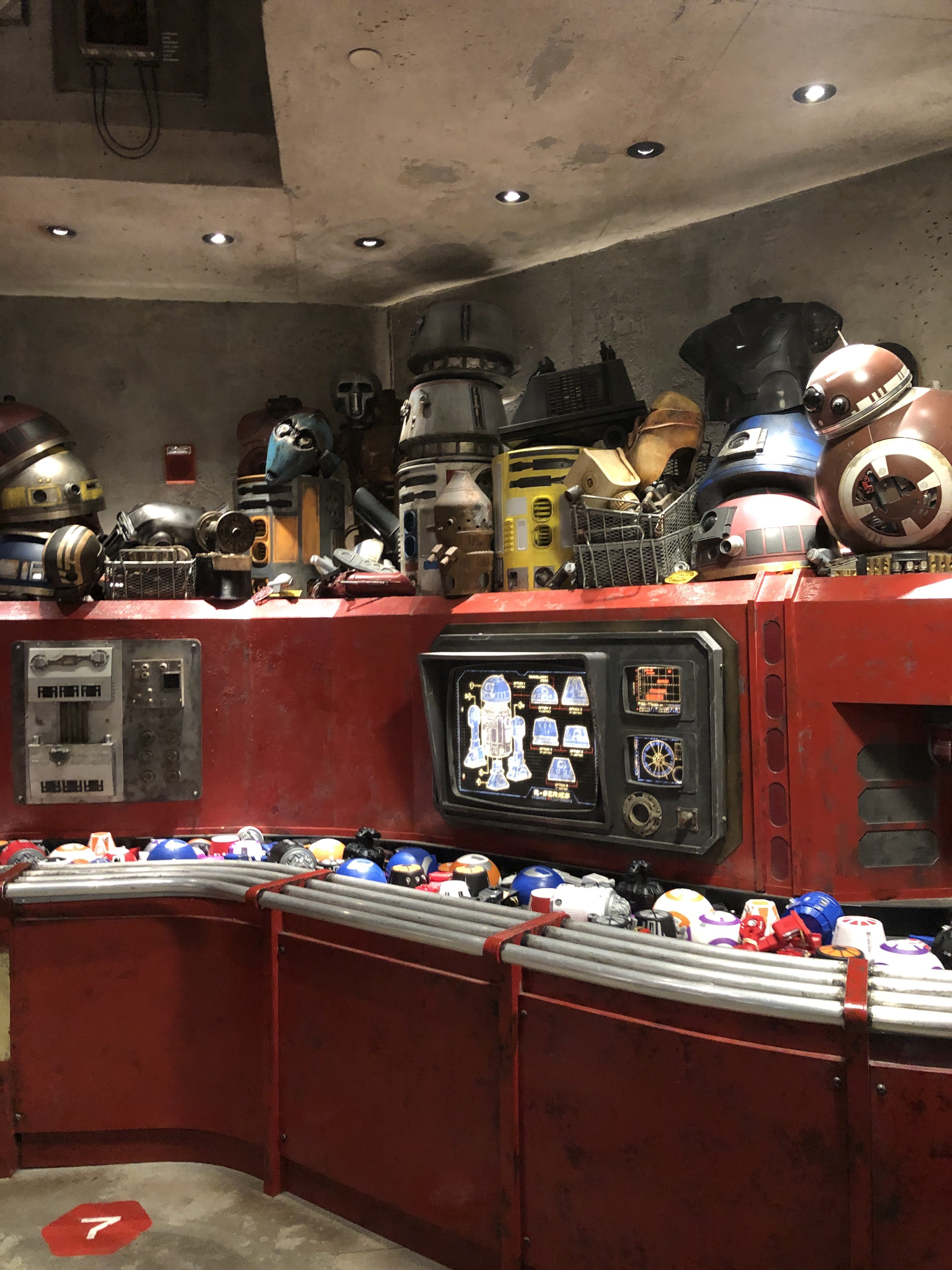 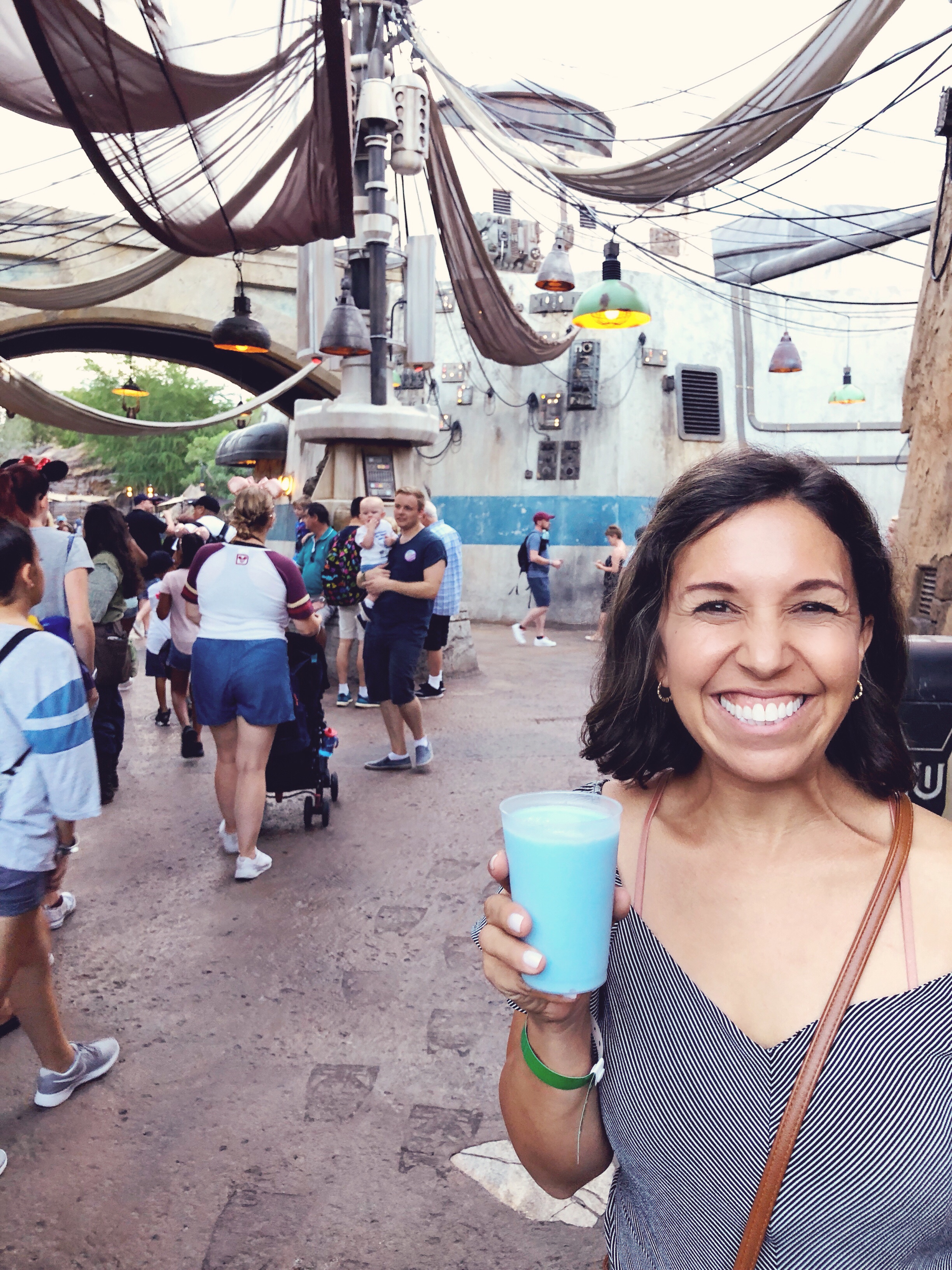 5. Try the blue milk. Or green milk. But I liked blue better. 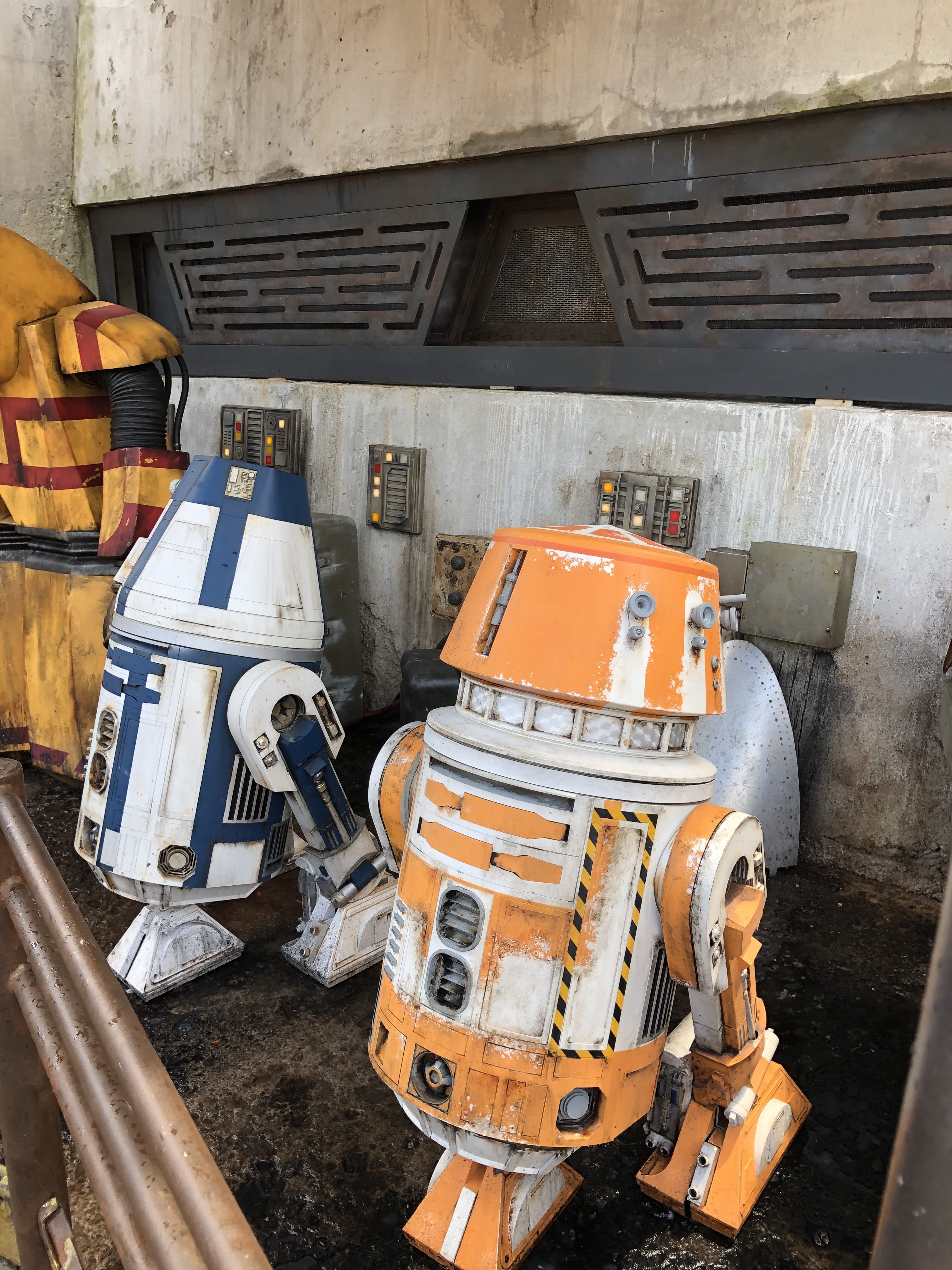 6. Walk slowly. Take it in. Play along. It’s so much fun! There was so much detail put into every cornerstone of this land, that you should just walk around and marvel at what they did! It’s just so cool! Especially if you loved the movies, you’ll definitely appreciate StarWars: Galaxy’s Edge!

Are you planning on going to StarWars: Galaxy’s Edge?! What are you wanting to see?!

Thanks to the Walt Disney World & the Permission to Hustle WDW Fall Retreat for hosting me for the once in a life time experience!

Previous Post: « The Truth Behind the Hustle: You Are Not Alone
Next Post: Don’t be Scared! Here’s everything you need to know about Mickey’s Not So Scary Halloween Party at Walt Disney World|| #NotSoScary #LetsBooThis »